Tour and activities in the area of Methoni

What to see – What to visit

Special reference to Cycling Tourism since the area of ​​Methoni is ideal for cycling routes.

Gastronomy lovers can also enjoy fine local products, such as olive oil, olives, wine, raisins, figs, as well as various traditional dishes. The triptych local food products-tradition-history are a harmonious combination that has left an indelible mark over time. 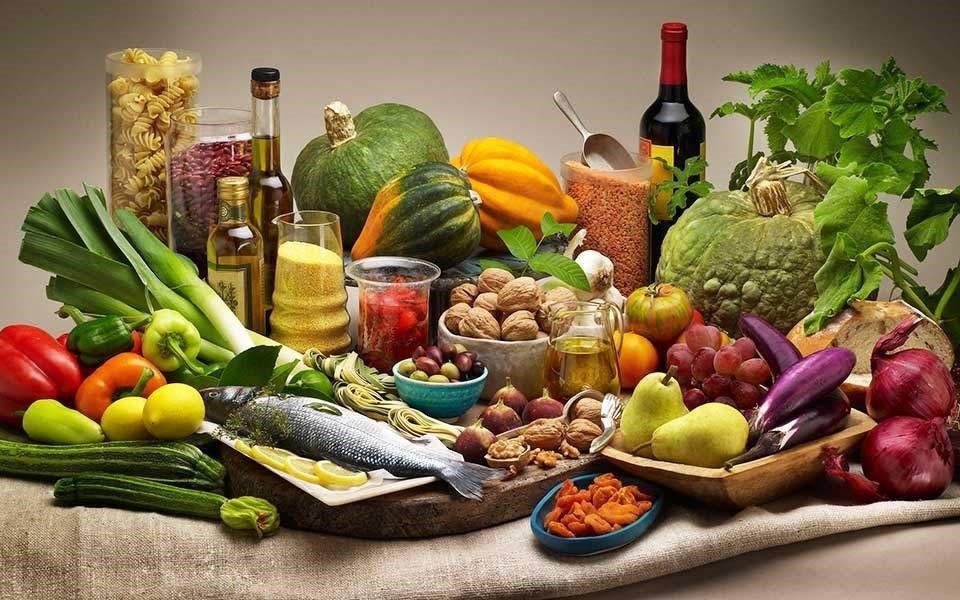 The castle of Methoni

Built by the Venetians in the early 13th century on a rocky peninsula, the huge castle, one of the bigest in the Mediterranean, occupies the entire area of ​​the cape on the west coast. Its three sides are bathed by the sea while the north, facing the land, is strongly fortified by a citadel. Here is the impressive entrance, a 14-arched stone bridge – built by the Venetians to replace an older wooden one -in order to connect the castle to the mainland. The imposing gate of the castle decorated with repousse – stands out the built-in lion of St. Mark, a symbol of Venice – is the most impressive point.   Coats of arms, inscriptions, ruins of houses of Venetian lords, remains of two Ottoman baths, the bastions of Loredan and Bembo, parts of the Byzantine church of Hagia Sophia, the church of Agia Sotira (built in 1830 from the French Liberation), the Morosini column are just a few of the castle’s attractions. 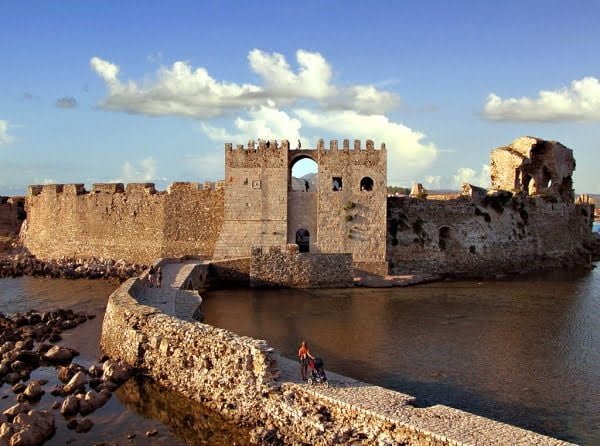 From the restored Gate of the Sea begins a paved road that leads to the fortified island of Bourtzi, at the southern end of the castle. The octagonal two-storey building was built by the Venetians in 1500, as a bastion for the protection of the port. During the Turkish occupation it functioned as a prison and place of executions. In fact, the locals claim that when the wind blows, the cries of the prisoners reach the ears of the inhabitants.

The most beautiful time to enjoy the stunning view of the castle is during the sunset, when the sun disappears on the sea horizon of the Ionian Sea and the castle lights turn on, sweetly illuminating the massive walls. 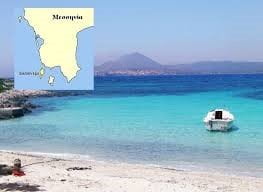 Sapienza, Schiza and Cape of Akrita

The islands of Sapienza and Schiza, as well as Cape Akrita, located in the south of the municipality, are also of great zoological importance, which is indicated by the presence of 29 important species of vertebrates, in addition to birds. The most important species are:

The island of Sapienza with the stone lighthouse and the coumarin forest but also the ibex (kri-kri), the partridges, the pheasants and the mouflon sheep. On the island you will also find the imposing lighthouse that was once the highest in the Mediterranean, reaching 18 meters. The scenery is quite reminiscent of the movie Lighthouse, as for several decades there were  2 lighthouse keepers that lived there who were usually the only inhabitants of the island. Its light reached the opposite villages and was used to read and sew during the occupation.The lighthouse has been operating with solar panels for years. What is the main feature of Sapienza is that its waters include the deepest point of the Mediterranean, the well of Oinousses, where the underwater telescope Nestora is located and is looking for neutrinos that may bring information about the past or future of the planet. On the island of Sapienza there is a beach for swimming.

April 20, 1825: Anniversary of the naval battle of Methoni

In Methoni, on April 30 every year, the anniversary of the Battle of Methoni is celebrated, on the shores of which, on the same date, in 1825, Greek ships under the burlotier and Admiral Andreas Miaoulis destroyed with fire a frigate, three corvettes, three cargo ships of the Egyptian fleet. In the monument dedicated to this naval battle, whose unveiling took place in 2018, in Paralias Square, a memorial prayer is held, wreaths are laid, as well as traditional local dances by the members of the Methoni Cultural Association.

In the afternoon of the same day at the Spiritual Center of Methoni, there is a historical review of the naval battle.

You can find out more about which cookies we are using or switch them off in settings.

This website uses cookies so that we can provide you with the best user experience possible. Cookie information is stored in your browser and performs functions such as recognising you when you return to our website and helping our team to understand which sections of the website you find most interesting and useful.

Strictly Necessary Cookie should be enabled at all times so that we can save your preferences for cookie settings.

If you disable this cookie, we will not be able to save your preferences. This means that every time you visit this website you will need to enable or disable cookies again.